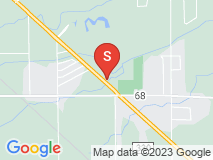 Out standing company Came out to check my condenser while it wasn't working It refired up and was working fine . Tell me to call if I had more problems came back out 2 days later when It cut off again. Said it was the compressor going bad drawing high amps.. Later that night I decided to check the 220 breaker in my breaker panel because I had problems with other breakers going bad because they were old found l 220 breaker the guts fell out of one side. Called and asked them to come back out to check the condenser before they ordered parts To double check make sure that's what was wrong Or if it was just the breaker Ended up being just the breaker.. all The other readings were normal. So thankful they were willing to come out a couple times to check things out without extra charges. Would definitely call them again if I have any other problem.