From sales through installation, we build systems to help our customers get an affordable and beautiful easy-to-clean bathroom in just a few days. 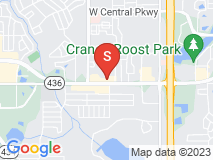 They did a great job! I highly recommend them!

The two guys from Re-Bath of Mid Florida were really nice. They were efficient, too. I highly recommend this company! The house we bought was built in the seventies with a tub and shower combo. The tub was so small it felt like a coffin to me. I use a walker and stuff so I needed something that would be easier to get into without slipping. The shower Re-Bath put in has an extremely low lip which makes it a lot safer for me. They also put in a seat and a grab bar. No glass doors, just a shower curtain. I am much happier. The whole project took about three hours and we were there while the job was going on. The guys from Re-Bath took care of everything and left the bathroom nice and clean. The main guy had a helper who always seemed to be a step ahead of him which made the project proceed smoothly. They were both very nice. I highly recommend Re-Bath of Mid Florida.