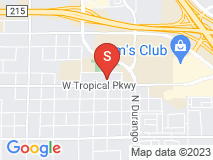 Sadly I Do Not Use Larson Any Longer

I have known Larson Air - Air Conditioning and Heating Service since 2012 when they installed a new $7,000 dollar HVAC system for me. I had no complaints at all with that process or the work that they did at that time.

I had two maintenance calls for this new HVAC and that is where the problems began. The first maintenance they said I had a leak with the refrigerant and they charged me for that which meant to me that they did not install it correctly in the beginning.

The second maintenance was for regular maintenance and after Travis left no more than 20 minutes later the heater stopped working after he left. He came back 24 hours later and told me he had to order a part which would be covered under the manufacturer's warranty and left. He did something to the heater and it worked for about 20 minutes and of course, he had already left again. It did not work at all and 48 hours passed without heat and it was cold here for January. I paid for the maintenance call, $89.00. He arrived when he got the new part, installed it, and was going to charge me again for the labor. I was not home at the time and my husband told him he needed to speak with me about the bill and payment. Travis got angry with my husband and threatened him and my husband had to tell him to leave the property and not come back. I refused to pay a second time for the labor and I did not appreciate him threatening my husband. He left and I never received a bill that additional labor. As a result of all of this I have not and will not use Larson Air - Air Conditioning and Heating Service again. I think it is very sad because our relationship was great during the install of this new HVAC but the maintenance portion has been a nightmare!