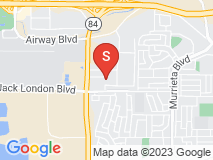 As expected: There was no drama and no unkept promises.

We worked with a gentleman at Custom Painting named Norm, and then we had I think three or four painters, representing a three-generation family of painters, and they were great. We have three dogs and they were very respectful of the dogs, keeping the gates closed. They came and went, and the only thing outstanding was that they told me they'd come back to do touch-up work on the paint. I'm not worried about that, but they haven't gotten around to it. Both Norm and the painters were great--they were recommended to us by one of our neighbors--and I wouldn't hesitate to recommend them to a friend. The quality of their work was very good and they cleaned up after themselves.