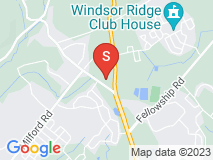 Responsive! Honest! They have integrity!

We woke up on a Sunday morning in late May to discover our well pump had died. It was pretty hot and my wife wanted water, so we reached out to a couple of places and never heard back. When we called Paramount Plumbing, Heating, & Air Conditioning, a nice young guy named Will showed up and assessed the situation. He agreed with me that the pump had burned out electrically. It turned out that they had a pump back at the shop, so he called another really nice guy who brought the pump over, and they replaced it together. They were outstanding. We thought we would be without water for a few days, but they had us up and running by two o'clock in the afternoon. They also
told us about their preventative maintenance program. We had some other plumbing issues to deal with, so they came back for a service call. The one guy lifted out the sink, which was quite heavy and required my help. But then he was able to get under it and fix the problem. Thumbs up. Those guys are great.