Moving & Storage, Local, National and International. Agent for Wheaton World Wide Moving. Based in San Clemente, California, we can move your world! 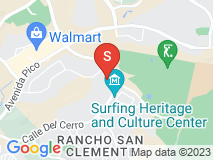 My move to Ranch Mission Viejo

This is a review that was overlooked.
In 2016 we sold our house in Yorba Linda, CA faster than expected. We had to be out in 12 days.
Our new house was not built at that time. It was to be ready in November. We were in shock.
I checked all the local sources and discovered this wonderful company. We received a bid that could not be denied. We were in need of storage for an entire house. Move if day is stressful as you all know. We were in the best hands. The team arrived on time, proceeded to organize and invoice everything. Seven pods later we were gone.
We were going to stay with a friend until November. That stay lasted until February due to construction delays and then we added our before living items… new floor and painting with crown molding. When the February day arrived, so did our pods and enough workers to knock it out in record time. I have found my movers for life.