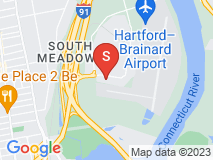 Background:
- I hold a 7 HCP
- I am in my late 40s
- I have had the same golf clubs for 6+ years (won at a charity auction)
- This was my 1st time formally/officially being "fit" for clubs
- I was referred to Club Champions via my younger brother whose father-in-law's brother works for Club Champions in another state
- I scheduled a full 3.5hr fitting (irons, woods, driver, wedges, and putter)

EXPERIENCE:
- I arrived 15 min early to ensure I was on-time
- I was one of 4 people in the facility (2 fitters and 1 other customer)
- The store was extremely clean and welcoming -- and just seeing the multiple shafts and irons on the wall and the putting green ready for putts to be rolled got me soooo excited
- Michael Hurley was to be my "fitter" for the day and welcomed me to the facility and offered me a snack/drink as I got myself settled in
- We then sat and talked about what the "fitting" would look like for the next 3.5 hours AND what my specific goals were in terms of length, feel control, other
- We chatted for approx 10 min -- and Michael specifically took time to explain all of the data points that we would be looking at to ensure that I understood what they meant for ball flight, distance, stopping distance, etc. (this was one of my favorite parts of the day -- just seeing how many different elements they can measure -- and understanding how we would use that information to help select the best clubs) --- I then warmed up in the bay with a a few swings
IRONS/WEDGES
- When I was ready, Michael had me pull my 6-iron (noting that they felt this was a good club to work from in that it was a little more challenging than shorter clubs, but not as challenging as higher irons and woods)
- We began with me hitting approx 10-15 shots with my own 6-iron and Michael taking every measurement possible (swing speed, ball speed, smash factor, angle of impact, ball flight and height, etc.)
- Michael then simply began having me hit 6-irons with various different SHAFTS --- it was amazing to feel and see how different I hit the ball with different shafts --- and I have a new appreciation for what Michael calls the "engine" of the swing!
- After 3 to 4 different shafts and Michael taking notes and considering various aspects -- the specific focus was on helping me generate a little more swing speed but most importantly, more height. Height was something I really had not even been considering before I came for the fitting -- but we agreed quickly that this would make a HUGE difference in my game - especially, longer shots, in that height would allow me to get the ball to stop vs. roll off the back of greens (my normal experience with my current irons and longer shots)
- After a few more shafts -- Michael handed me a shaft/club that was simply PERFECT (honestly, I knew the minute I hit the ball that it was perfect -- and then I proceeded to hit 10 shots nearly identical in distance, height, and feel (not sure how this actually happened)! SHAFT - all set!
- We then began to work on the type of irons (using the SHAFT that I had selected above) -- with a specific focus to help me add more spin (as my spin rate was not where we wanted it to be per specs we were tracking)
- The best part of the IRON selection was that I told Michael that, "I had NO preference -- just hand me a club and let's see what the data shows and how they feel"
- We hit TayloreMade, Ping, Titelist, and others --- and I was just having a blast -- especially, seeing how differently each iron made the $@!#% fly, spin, roll out, etc.
- Michael then handed my an iron that just like the shaft I knew was "it" the minute I hit it! PURE and all data metrics spot on! It was an AWESOME feeling! And, the irons were a Cleveland version that I never even would have thought to even try.....
- 10-15 more nearly identical shots -- and IRONS were all set
** distance was consistently around 5-10 yards longer with MUCH higher ball flight and less roll-out on all irons -- exciting!
** Wedges were selected in the same manner and to match the gaps from iron distance
WOODS/DRIVER
- We ran through the same process as above for drivers and woods -- hitting my own clubs 1st for a baseline and then trying out various shafts and head types to compare data and feel
- What I appreciated most (and valued most) about this part of the day was that Michael noted right out of the gates that my 3-hybrid, 3-wood, and driver all had very good #s and that he wasnt sure we could do better with anything new (no sales push here -- he was just saying that those clubs worked well for me)
- Nonetheless, we did find a SHAFT that added 5MPH+ swing speed (and resultant distance) for the driver --- and that was added to my list!
- We discussed ideal state of matching the shaft for my 3-wood (as an optional choice based on $$ss)
PUTTER
- loved the putter assessment
- spent time being educated on the various data points to look for and $@!#% in putting stroke overall
- then hit 10-15 putts with monitors on (best part - 1st 6 went in the hole!)
- Michael shared my results and said "no need to make any adjustments" putter and loft are perfect --- made me feel great (confidence to know that putter was correct for me -- so I can't blame the putter ever again!)
- Michael did give me a set-up tip as I addressed the ball - something I had not been told before (e.g., my feet were both aiming slightly right of target at address causing me to come across the ball a bit -- I hit several putts with a more open stance and it felt VERY different but VERY good -- going to work on this during the season)
BALL
- We also had a very good discussion re: the type of ball I should play (with my current clubs -- as much spin as possible) and the new clubs (if I chose to purchase)
- I had never really thought about the type of ball other than "feel" and I appreciated Michael's thoughts on how different types of $@!#% can react to various club speeds and irons (great info)

OVERALL
I can not begin to explain how much "fun" I had with Michael
- Super easy to connect with and great open dialogue
- No pressure to "buy" anything
- Eager to share as much detail as I wanted on various data points
- Allowed me to take my time and hit as many $@!#% as I needed
- Gave me some swing tips (more observations and thoughts)
- Made me feel VERY confident in the data and the recommendations

I left the store with a full summary of recommendations --- and honestly, pulled over about 25min later and called Michael back and said "let's roll!" Made the order for new wedges, irons, and shaft for my driver

I cannot wait to receive them and take them out on the course!

I already have recommended Michael and Club Champions to several of my golfing buddies (high handicappers and low handicappers) -- purely for the academic exercise of having your swing data/metrics fully assessed. For any avid golfer -- 100% worth the $s and time! 1 friend is heading for his fitting tomorrow!