Fire and Water Restoration Experts in Phoenix When disaster strikes, you can rely on professional fire and water restoration services in Phoenix to help you. 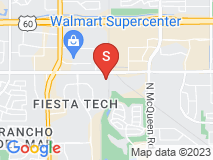 I would not hesitate to recommend them or to use them again if I needed to.

Due to an emergency, we called Cardinal Clean. We had a minor water leak which turned into an even bigger water leak! The company sent out several movers who packed us up in two full days. Then they moved everything out so we could bring in the repairmen and plumbers. They did such a great job working with me to make certain everything was handled properly. They removed everything from the bedroom, closets, bath, and passed all the way to my kitchen. When the repairs were finished, Cardinal Clean had their technicians bring all of our belongings back. They unpacked them and put everything back in where it belonged. Step-by-step, the techs asked me questions as they went along. When they got to the pantry they did their best to even put our food back the way that it was. The workers were so polite and professional. I have no complaints about what they did, except that I still cannot find the remote to the television! (smirk) We were really challenged with this situation since a whole bunch of little ants came in during the plumbers and repairmen were here doing their work. But the movers remained pleasant and did their work in a timely manner. The pricing really did not matter to us since this was going to be picked up by our insurance. Cardinal Clean helped to make a bad situation go as best as they could. I highly recommend this company and would not hesitate to call them again. Let's hope not for an emergency!