Eco Tree Northwest is a family owned and operated tree service that serves both the Eastside and the Seattle Sno-King areas. 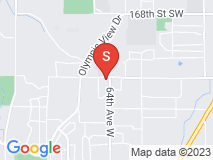 I have used Ecotree exclusively since I found them about four or five jobs ago. This time, I emailed Jim on Tuesday about a large Douglas fir with several broken branches hanging down. We set an appointment for a bid and two days later the job was done. The tree looks great. Aside from the chainsaw chips, it's hard to tell his crew was there.