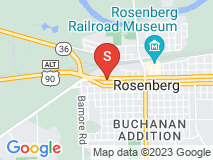 They Always Do A Great Job

The guys at Benjamin Franklin Plumbing of Houston are on time, professional, and they always do a great job. I had my hot water purged, which is an annual service they provide, along with changing a faucet in my house. They did a great job as always and cleaned up... Read More

Got here right away

But thought the price was way too high Read More

I am very happy with them!

Benjamin Franklin Plumbing of Houston came out to fix my sink for me, and they did a very good job. The plumber was very nice, and he cleaned up when he was finished. I am very happy with them! Read More

Very Happy With Their Work

I had Benjamin Franklin Plumbing of Houston out here not too long ago to replace a toilet. As of right now, we are very happy with it and their work! We have been using them for the past six years now, and they are always on time and honest with their prices. The... Read More

Jaren worked very hard in extreme heat, and fixed the problem. During the job, there was a problem with the City of Houston water meter. Jaren was not able to shut of the water. I called the water department & was told they would be out to turn off the water. Jaren was only allowed to wait for the city for 30 minutes, despite my appeals to his supervisor and the owner. It’s funny how they give themselves a 4 hour window to show up for the appointment, but even though Jaren was covered in mud . It was 4:30pm & I find it hard to believe they would dispatch Jaren to another job that afternoon looking the way he did. The end result is that I had no choice but to leave work early & have Jaren out the following day to perform repairs. Jaren was a nice young man, persistent, & got the job done. However, despite Jaren’s efforts, the stubborn/unyielding attitude I encountered on the phone with hi supervisors was a complete turnoff. Also, I felt gouged over the $1168 I was charged...seemed $400-$500 over what it should have been.

Supervisor & owned refused to allow their repairman to wait beyond 30 minutes for the City of Houston water department to come and turn off the water. They fixed the problem but I felt taken advantage of by these people. Read More

The workmanship was fine, but not the prices!

I asked Benjamin Franklin Plumbing of Houston to come out and fix a drain, and a faucet for me. They fixed the drain, and it was fine. But then they wanted $500 to change out the faucet. That really disappointed me. They did not take the time to see if it could be... Read More

Very responsive company! And, they do good work!

I would give Benjamin Franklin Plumbing of Houston "Four and One Half Stars!" for their work. I have used them on numerous occasions, and they are a very responsive company. We had them come out to replace the drain in an old cast iron tub for us. The thing was a... Read More

I called Benjamin Franklin plumbing out to my house because I thought I had a pipe leak. They could have said it was just about anything. Instead the showed me exactly what the issue was and provided a total cost to repair prior to the work being done. I am... Read More