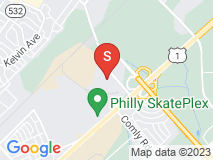 We have been using EJ Medical Supply for several years. Many years back we purchased some chairlift seats which were installed by EJ Medical. Recently we were starting to have an issue with one of the chairs beeping. We would shake the handle which would stop the chair from beeping and begin working again, but it got to the point where that wouldn't work anymore so we called up EJ Medical. Turns out the seat needed to be replaced. So they came out one day to see what would be needed, and about two days later Derek and one of his coworkers came out and installed a new one. They were very efficient, worked quietly, and got it done quickly, which was great considering they had to take the old one out and replace it with the new one. Everything went smoothly and we are very happy with it.
One day it had stopped working, so we called them up, and they came out the same day to see what the issue was. It had nothing to do with the chair itself, rather some cat fur from our kitty had gotten trapped on the track. So they cleaned it up, and now I have a compressed air duster to make sure the track is clear of cat fur.
I'd rate them five stars plus, as they are very courteous, professional, efficient, and responsive.