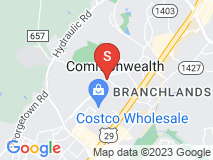 I had a Clearwater softener with tap water filtration system installed. I used to have very hard water that was damaging my faucets and leaving a film after boiling and a mild iron problem (iron level was a little high). This is a very common problem where I live (central Virginia). After having the system installed these problems were gone plus as an added bonus my water pressure went up because pipes and such we’re not clogged anymore with the hard water residue. Highly recommended for hard water