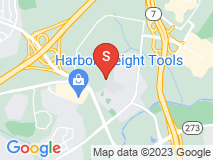 Getting fit at Club Champion is a must if you are serious about improving your game. First let me tell you about the latest technology they use is second to none. The data collected while being fitted is awesome (the numbers don’t lie). I was struggling with my putter (to many 3 putts) and my driver was inconsistent (left, right). I scheduled an appointment with Whitney and the process had begun, I was fitted for a Putter and a Driver. After the clubs had arrived I took them to the course to put them to the test. The results were instant improvement with the Putter. The Driver along with the shaft combination is just awesome (WOW) It has given me more distance and control I hadn’t had before. Since using these clubs, I have made more birdies and the opportunity to make more as well. I shot a career low round of 74. I wish I found Club Champion sooner, Thank you Whitney.