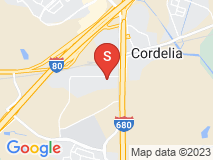 I am writing to review the service that I've received from US Covers, Cover US, Be-Lite, Aluminum Pool Covers, or Pool Covers Inc. (Seems like they have many names which in and of itself is suspicious!)

After speaking to Sharon DAbrosca, several times about this cover, I chose to purchase one. I initially found the measuring of the hot tub for the cover to be difficult and confusing. Sharon had me send her pictures and spoke to me via phone. On a few occasions, I wanted to walk away for the purchase as I stated that it was too much to spend on something that might not fit correctly. Sharon convinced me to go ahead with the purchase.

I should have followed my gut.

I purchased the hot tub cover and it arrived on time without issue. I opened the box and to the eye, all seemed fine. The box itself also appeared to be intact.

A couple hours later, we removed and disposed of our old cover only to find out that the new cover had large gaps in two of the corners. I immediately reached out to Sharon who requested photos. I sent the photos immediately. She replied that my hot tub was not level. Never was I told to be sure that my hot tub was level before ordering but I still engaged in this conversation. She requested that I move the cover (which I had paid someone to carry up the deck to the hot tub) to a "flat surface". Instead, I checked the hot tub to see if it was level. It is and I sent pictures showing that the hot tub is level but the cover is not. She insisted that the hot tub must not be level.

Now this explanation makes no sense because the corners that do not seal are in opposition to each other (if looking at a square, they are upper right and lower left). The only leveling issue that could cause this problem would be if the center were bowed. Also, if the hot tub was so out of plumb that I could slip two hands between the cover and the tub, it would be obvious with the water levels.

Sharon went on to insist that I put the cover on a "flat surface" and that proof that the hot tub was level not sufficient. She was also confused as to why if we stepped on the cover, the weight would bring the corner down to seal. (She seemed offended that I replied that it was basic physics.)

I asked Sharon to have someone with more knowledge contact me ASAP and she said that the production manager was out on vacation and that there was nobody who could cover for him. This was on Friday. She said that he'd contact me on Monday but in the meantime she wanted me to take more pictures and move the cover all around (and maybe do a rain dance to summon the Gods of hot tub covers?)

Well, today is Wednesday. I never heard from anyone until today when Sharon sends an email stating that she showed the picture to the general manager (note this is a different manager than the one who was not available last week) who has decided that my edges aren't even and he's seen this problem before. (what?!!!!)

They are telling me that I should fill in the gaps with some cheap foam material and they'd give me $100 "discount". (again what?!!!!)

I'd highly discourage anyone from paying $1600 for a cover that may or may not fit and when it doesn't, you need to use foam filler.

I had hoped for a cover that would last a very long time. I'm left with a cover that doesn't fit, I need to replace, and I will be paying through the nose in electricity since the heat is being let out. By the way, I live in New England, the water heat issue is no small concern.

I would have worked with this company if they even made an attempt to make this problem right, Instead they blamed the customer immediately. I urge anyone looking for a hot tub cover to keep looking.

EDIT TO ADD: Sharon just emailed me saying that she never FORCED me to buy the cover. That's literally their defense is that I shouldn't have purchased it?