Flint Audio Video has been the leader in quality consumer electronics and top notch service in Southern New England. Over 30 years of experience in Audio Video tech. 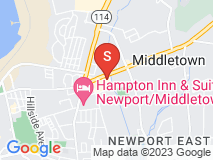 I shattered my iPhone screen and didn't have insurance on it, so I would've had to buy an entirely new phone. I called a few local businesses to see if anyone could replace the screen, and was directed to Flint Audio-Video. The staff was so friendly and helpful, and told me they could replace the screen and it would only take about a week. A week later, my shattered iPhone was returned to me as good as new. I cannot say enough about how great the staff at Flint Audio-Video was.