Roofing Contractor in Phoenix, AZ serving the entire valley. We are local, licensed and insured. 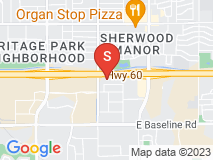 Company did a competent job, but I had to ask a supervisor and a staff person for clarification of the tasks. Supervisor promised to call me in the evening but did not, though he did show up the next morning after I called again. To re-do the patio roof the price was a little high, but they did carefully integrate the patio roof and the house roof to correct what appeared to be leaks, though the estimator did not confirm the leaks were there despite my concern. They corrected another company's poor roofing job done decades ago, and replaced badly damaged wood, so hope it lasts.