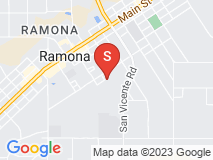 This is a very honest company to do business with!

Marklein Plumbing has been a wonderful company to do business with! We have used them for years now and plan on continuing to do so. This most recent visit was to have them to put in three new faucet sets and three new drains for new vanities that we just put in. This was a big project. We also had them fix about six other things that needed to be addressed like having them fix a shut off valve. What is funny is while they where there doing all of the work my husband dropped one of the contacts down the drain and we could not get to it! We immediately called the company and Craig, the owner himself, came out to help us. Craig managed to find it. It was not one of those cheap throw-away kind of contacts either, but the more expensive glass ones that you buy. Marklein Plumbing seems to be very reasonably priced and they do not jack up prices on you like other companies do. We really appreciate that the company backs up everything that they do. They have been around a while and is a local company which we also appreciate doing business with. The support person in the office is also most helpful when you call. In fact, she immediately helped us on the day that the "contact issue" happened. We are already starting a new project with them since they do everything to our liking. We asked Craig about having some tile work done which their company obviously does not handle. He was nice enough to give us a couple of local referrals. He is such a nice guy! We highly recommend them for being such an honest company.