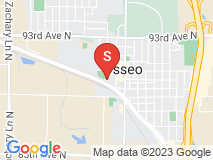 Knowledgeable and efficient. Once he got started it didn’t take long to finish. Made sure my husband knew how to use the new shutoff Read More

Trent fixed 2 leaks and replaced 2 faucets and a garbage disposal for me. With 38 years as a plumber, his experience showed as he made the repairs expertly, but he was also working quickly and wasting no time. A shut off valve he was replacing didn't "feel right" to... Read More

Lon did his best to find out where the leak maybe coming from he made a few suggestions as to what we could do to do further investigations other than tear the shower out and redo it. Read More

I valued that the plumber was vaccinated against Covid. More businesses should have their employees vaccinated like Tim’s Plumbing. Service was great.

We've used Tims before and they show up on time and get the job done. One slight problem was the bracket on pipe wasn't tightened quite tight enough. My husband fixed it later, so I did not contact Tim's to come back quick. Read More

Had a clogged drain in our new house, called Tim's Quality Plumbing and they came out a few hours later. Solved our problem in 10 minutes and gave us good advice as new homeowners. Read More

Put me down for 14 month preventative cleaning. Read More

I had an emergency situation and called many plumbing companies and everyone was booked for days. Tim's was too but said if they could find an open time they would help. In less than 2 hours Tim came to my rescue. So friendly, knowledgeable and speedy. All is... Read More

I was very happy with the service.

Can Count on Tim

Tim’s work is impeccable. He knows how to do it all and has pride in doing a great job.. He does not shy away from tough, dirty jobs. Nothing is too hard for him to do. His work is perfect, always above code. The customer may pay a bit more but we know it’s going to... Read More

We have relied on Tim's Quality Plumbing for many years and are always satisfied.

Tim's Quality Plumbing just replaced our old and malfunctioning reverse osmosis system. Our plumber was early and got right to work. He was already familiar with our old system and quickly removed it and installed the new, more efficient system. It's working great! Read More

Fast service was so important to me as my toilet broke the day before I called for service and I have only one bathroom.

Paul called less than one hour after I called for service saying that he was on the way. He replaced the toilet as requested and finished the job as fast as he could, doing a beautiful job. There was no mess to clean up after he left and I could not be more... Read More

Its difficult to find a good plumber that can work on a very old commercial building but i was very happy with the response time and the knowledge in repairing the plumbing. Old pipes seem to always hold surprises and they know how to expect the unexpected Read More

Nice guy. Knew what he was doing. Did a good job with the clog. Read More