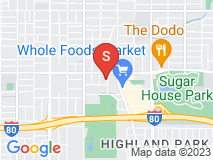 My experience here was awesome club fitting was very good and learned a lot. Only down fall was told about 5-6 weeks for my clubs. And I ended up having my clubs in sections and not all at once. Had to have 3 shipments to get all my clubs and my last club I been waiting for was 1 iron and it finally came after 3 months so an extra 1.5 months later and got an email saying that it arrived on Monday at the store and I still have not received a phone call or email letting me know that it is here.
Like I said tho overall my experience was awesome and great people just a big downfall on communication and ik the waiting promise sucks as well cause you want those clubs. I will still recommend club champion for a fitting to anyone and let the know that the waiting period is awhile but hopefully they can have a better outcome on that