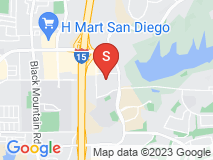 We had a nightmare situation, over a holiday weekend, out water gave up the ghost. water and rust all over the garage floor, and worst of all... no hot showers.

I called Black Mountain Plumbing and scheduled an appointment. Years prior we had planned on this event with the plans of removing the corner in garage water heater and putting in a thankless outside on the wall. Freeing up space for cabinets and a deep stainless sink we had bought 8 years prior for that area.

Scott (the owner of BMP) first came out to see what we needed made recommendations, and then placed an order for the parts. the next day they were able to return and install the thankless getting us back into hot showers, 2 days later they returned to install the sink and faucet all the items that go along with that.

Thank you so much to Jole who crawled up in the ceiling to repaired an previously unknown 20 foot section of leaking pipe. it was full of what appeared to be pinholes about every 2 to 3 feet. suspect it was a bad chunk of pipe that's been leaking for years.

All and all their work was supper fast and very clean.