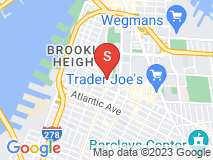 I first met with Brian Perskin in a free consultation to get a better understanding of what might be a reasonable settlement if my wife and I entered into mediation.

He was the second attorney I consulted, and the first who seemed both competent and trustworthy. Ours was a seemingly simple case, but Brian took the time to walk me through the range of possible outcomes and patiently answered all of my many questions. He encouraged me to try to reach an agreement with my wife without retaining attorneys, even though ran contrary to his own financial interests. When it became clear that my wife had no intention of using mediation, I retained Brian's firm and my case was assigned to Dina Botwinick, his senior associate. What we expected to be a straightforward case and a quick settlement turned into a three-year endurance event, as my wife's attorney did everything possible to delay any movement. By the end, the case had been assigned to three different judges and one referee, and formally adjourned five times, with hearings cancelled or delayed on several other occasions. I had suffered a serious health crisis that, for a time, left me unemployed and insolvent, and Dina had prepared time and again for court appearances that were sabotaged by opposing council on a few hours' notice. My wife's attorney consistently refused to even discuss a settlement until every possible delay had been exhausted and we appeared for trial. Only then, and only by his clear willingness to aggressively represent my case at trial, was Brian able to negotiate a favorable settlement before the special referee.
Throughout this entire, multi-year process, Dina's professionalism and zealous advocacy never wavered, nor did Brian's support and counsel. My emails were returned within a couple of hours, if not minutes, and every telephone or in-person conversation I requested took place within a day of, and often the same day as, my request. The legal representation I received was beyond reproach, but Brian and Dina surpassed even that standard: Dina was an invaluable source of ongoing support while my health hung in the balance, and, even when my ability to pay for their services was in serious question, the quality of their work and their commitment to see the case through were unwavering. I cannot recommend Brian Perskin and Dina Botwinick highly enough for anyone who requires representation for divorce proceedings.