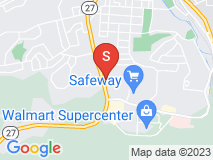 My son goes to school in Washington, and I went online to find a car shop in the area so he could get the transmission fluid in his car changed. I researched repair shops on the internet, and I read reviews and called up a few places, and went with Jerry's Auto Repair based on my conversation with Jerry over the phone, plus the reviews from other customers. I made an appointment for the Thanksgiving holiday, and I was called and told I could take the car in and leave earlier than scheduled, which I did. It only took them forty-five minutes to get the transmission fluid replaced, and they did a great job. The price I was quoted was the amount I was charged, and I was very satisfied with my experience and interaction with the owner and service advisor. I told my son that, when he needs his oil and filter replaced, to make an appointment with Jerry's Auto Repair, so our family will absolutely use them again.