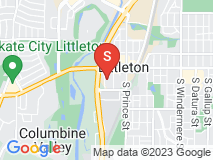 Good for emergency repair and response, not as happy with long-term solutions.

If response time were the only measure of satisfaction, Upslope Heating and Cooling would earn five stars from me. When our furnace stopped working in the middle of a blizzard, they were there right away to fix it. It wasn't Ben, it was an assistant, and the repair cost a few hundred dollars. Later that day, the furnace stopped working again and never went back on. This time, Ben came by and explained what else needed to be done but that he really recommended replacement. I wish we had known that before spending money on a short-term fix. But Ben is a great guy and we'd been satisfied with his company until then. He gave us a ballpark estimate on the spot and wanted to charge another hundred or so dollars for his opinion. We balked, so he said he'd send a written bid shortly thereafter. While we waited for him to respond in writing, we went ahead and got two other (no charge) bids, both of which seemed to be more favorable. The company we chose to hire didn't voice any qualms about the weird configuration we have with the furnace and the hot water heater. They took it all in stride, installed the furnace with a smart thermostat which immediately synced with my phone. The smart thermostat that Ben had installed a year ago never worked properly, even after being replaced by the manufacturer. At the time, Ben tried and failed to get my phone to recognize it, ultimately blaming the disconnect on the phone itself. When the written bid from Upslope Heating and Cooling arrived weeks later, the new furnace had already been installed.