The nation's leading custom golf club fitting and building company. Highly trained fitters, the top technology in the business and we build each club one by one. 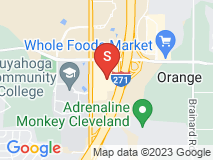 Exactly what I wanted

I had heard about Club Champion and decided to check it out for myself. As a 58 year old avid golfer (with a mid-single digit handicap), I had begin to lose some meaningful distance over the past couple of years, and my technology was a bit dated. It was clear that a changeover and technology upgrade were badly needed.

I went in for a preliminary discussion to describe what I wanted, and Mike suggested coming in for a fitting session. I signed up for a complete bag fitting.

Over the course of 2 sessions Mike analyzed my swing and helped me remake my bag. First we focused on irons, assessing different shaft and club head combinations. There was a clear winner there, with the Ping i500 irons being the best fit for my swing, producing the most consistent results, and tightest dispersion (by far). A couple of weeks later we did the driver, 3 wood and rescue club assessment. They also evaluated my putter, and my putting stroke using their analytics, but based on the data we didn't need to do anything there.

The end result is that I have played some of my best golf ever this summer (shooting a 70 at Firestone CC, and other low rounds as well - including one in a competitive event that I won). Club Champion is the real deal, and Mike and the team really know their stuff.

Yes, it costs more than off the shelf technology - but there's no doubt it's worth it.