Nevada Painting Company is your painting company in Las Vegas and Henderson area. Providing interior painting and exterior painting, both residential and commercial 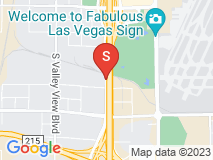 Overpromise and under delivery. Owner promises to deliver and hires cheap workers who can't. Then you end up managing the whole process to fix the misteps in multiple trips until finally the owner brings you a per diem painter who knows what he is doing, except there is no contact in between service days for weeks and our project ended up being a month and a half before we decided enough was enough and got our own contractor.

There was pain all over the rug,half of the house wasn't textured because they ran out of texture and didn't want to have to go to the store and hoped we wouldn't notice, there was a hole in our laundry door and we had to manage every step of the way to fix everything and it still isn't done. owner likes to consult so he can make the sale but doesn't want to be the one to follow through and would rather his manager do it. We called him right away just in case he wasn't aware and only figured out that half of the thing wasn't textured so that he would have a chance to change things and maybe reprimand an employee that could have been new and he never even called us back so I'm assuming he's used to hiring cheap workers to get the job done fast. To sum it up he is more of an entrepreneur and wanting his investment to pan out moreso then his heart and soul being put into this industry. I definitely did not get that vibe. Nice guy personally. Would not do business.