Business Description:
Barr is your complete storage solution. We offer many secure unit sizes including mobile storage to help with your move.
5 410 reviews 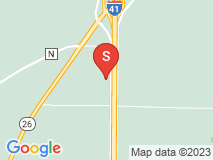 Wish I could give zero stars! Extremely unprofessional and shady front desk lady Kelly. Complete false advertising and horrible customer service. In February of this year I briefly rented one of the company’s units while I waited to close on a home. After three months I got an accepted offer on a home and no longer needed my unit. About a week before my closing date of may 31st I called to cancel with the company. I was informed that I needed a thirty day cancellation-understandable, but then the front desk woman Kelly said I’d have to pay another thirty day payment-which I get since it was in the contract, but then she I formed me they would be keeping my security deposit(equivalent to a month rent)aswell-double charging me. Frustrated I just wanted to get my. Things and be done with the company. To my Suprise I go to their “climate controlled facility”-my unit and discover all my things are actually in standing water! Their unit had flooded and distroyed $100’s of dollars of my belongings, including dressers, an acoustic guitar, all of the boxes of clothes and a tv. All to which I took pictures of. I called and left a voicemail immediately while still on the property. Kelly-not even apologizing said that she could give me my deposit back of $85(which they had wrongfully taken from me to begin with). Still just wanting to be done with the place I agreed. She said it would be in the mail. Three weeks went by and nothing. So I called and also emailed to which I was told “The check was cut 6/1/22. The check was not dropped in the mail until June 13th.
We have not received the check back and that is what we need to wait for or 90 day before we can re issue”. So I wait til September 18th and emailed that I never got anything-close to four months after waiting for the alleged check to which I was told that I was to get a $70 check that would be put in the mail. I emailed back that that wasn’t the agreed on amount to which Kelly processeded to argue with me and finally ended saying I was not to be sent ANY check. I asked for the owners contact info to which I never got a reply! Im disgusted with this shady business. I highly advise going anywhere by here