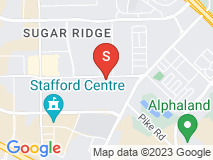 Quick response in the middle of the night

While housesitting for my sister, a water line in the neighborhood broke and all water was cut off to the neighborhood. When it was turned back on around 1:45 a.m., I was awoken by a horrible banging noise coming from the backflow preventer for the irrigation system. I called three different plumbers, none of whom could or were willing to help me. The fourth call was to Doug Turner Plumbing, and the answering service told me someone would call me. Doug Turner himself called me back within five minutes. He walked me through what to do and assured me that there was no threat of damage and that it would eventually quit on its own (which it did). He told me he would call me back first thing in the morning, and sure enough he called me at 7 a.m. to check on things. While a plumber did not have to come out, I was thoroughly impressed with the quick response time in the middle of the night, and the courtesy that Doug showed me both at that time and again in the morning. Next time I need a plumber, Doug Turner Plumbing will get my business!