Your Northstate Heating and Cooling Specialists 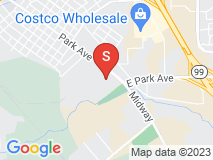 Looks like Bob's will try and sell you something you don't need. For example: Mr Thacker's review on Google claiming that the repair man tried to sell him a new unit when he didn't need one. The owner responded claiming that Mr Thacker was not a customer. True. That's because he did not allow Bob's to con him in to buying a new unit. There are at least two other reviewers on Yelp who claim that Bob's tried to sell them a new unit they did not need.

In the past a company would come to your home, diagnose the problem, and give you a free estimate. I guess those days are gone.

My opinion? Bob's took advantage of an 83 year old woman who lives on social security. They never told us up front that there would be an additional fee to diagnose the problem. They took advantage of the fact that my elderly mother was sitting in a cold house and needed immediate help. It cost her approximately $400.00 to have a new thermostat installed. I later learned that I could have purchased that same thermostat at Home Depot for approximately $85.00.

People. If it is not an immediate emergency. Get a second opinion.