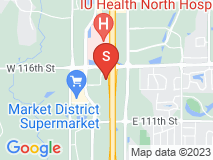 You won't be disappointed with the results from The Web Guys.

I originally had another company handling my internet account. The price was high, and I didn't get the service. I didn't receive any phone calls from them, and it was hard to get a hold of anyone. It always felt like I was bounced around.

One of the guys from The Web Guys, probably Chad, originally contacted me about doing business with them. I liked him right away. He was easy going and easy to talk to. I was impressed with that original contact, which was just a cold call on his part, so even though I was in a contract with the other company, I made a note about The Web Guys. When my contract was within a couple of months of ending, I decided to call up The Web Guys and give them a chance. I have been really happy ever since.

This is the end of my first year with them. They maintain my website, and in addition to that I receive frequent phone calls to update me on what they are doing or any advice they have. They keep a close eye on my website and really are more than just talk. They really want to help my business grow. In this economy growing might not be an option, but I did the same amount of business this year as two years ago, and they are part of the fact that I still have work. Give them a chance to prove that they actually do what they say they will do.