Our purpose is to provide excellence in all areas of service to our customers. We service all makes and models of Heat Pumps, Gas Heating and Cooling equipment. 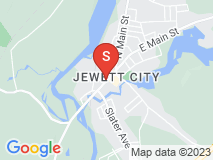 I won't be calling them again.

A friend referred me to Broad Brook Heating & Cooling Inc, so I decided to hire them to clean my furnace. The fellow who came out was polite and everything but I have a few complaints. First, he didn't have a replacement filter for my unit on hand. Instead, he told me the old filter would last for the rest of this season and it wouldn't need replacement until next year. Then, when I woke up the following morning, my house was around fifty degrees inside. I checked the thermostat, and the emergency furnace on/off switch but neither of those were problems. Next, I called the heating office and the guy there told me to go reset my electric breakers. The next thing I knew, the power to my whole house was out. Broad Brook told me I'd have to call an electrician. So I got an electrician to come out. It turned out I just didn't know how to use the circuit breakers correctly so that was an easy fix, but suddenly the furnace also started working again. Apparently, the furnace door wasn't properly shut after the cleaning. I got lucky with the electrician and he only charged me the hourly rate of about one hundred dollars, no extra charge for the emergency service or anything. I called Broad Brook back to tell them the outcome and very politely asked them to refund me for the electrician fee since the problem was simply caused by their guy not closing the furnace door. The guy in the office hemmed and hawed about it. After I pointed out that he was the one who first told me to call an electrician, he grudgingly agreed to credit me the hundred dollars. That's where we left it. I paid for the furnace cleaning even without getting a new filter, but I won't be calling Broad Brook Heating & Cooling Inc again. Nor would I recommend them. Even though the guy was nice enough, he didn't do a thorough job and actually left me in worse shape after he left than before he arrived.