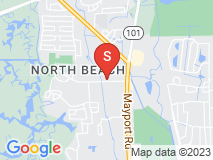 Sadly, Anthem Lakes has proven to be a substandard experience. Those entrusted with the care of my 90 year-old mother have failed on many accounts. After 5 months in residence, my fall-risk mother was unaccompanied while walking around fully-dressed at 4 am while caregivers apparently slept. When she returned to her room alone, she fell & shattered her femur, requiring extensive surgery and was officially an invalid, never to walk again. Mom soon began having seizures when returning to Anthem Lakes, from rehab, and needed to be admitted to Hospice or be moved to a nursing home.

Three months after the above experience, DCF was brought in as she was solidly bruised from both hands up to her elbows; her skin then began to tear. Nobody on staff noticed or had a clue what was happening to her as I continted to inquire. When I continued to press, It was discovered by the “best employee ever” on staff, that a male night-shift employee was being “rough” with her as she was “ uncooperative “ when being checked during the night; I was terrified that she was being abused and she could not remember and express her experience as she has Alzheimer’s. This abusive employee was suspended during the investigation but was allowed to come back following its conclusion. The “best-ever” employee was subsequently fired for a ridiculous reason. Although I wished to move Mom to a more responsible facility I felt my hands were tied and I didn’t know what to do. I didn’t want her to end up in a nursing home nor could I afford an additional on-site caregiver. I continued to visit daily to keep an eye on her, although a couple hours daily only showed that she was being left in soiled clothing. I would continually ask staff to remedy the situation & became a sort of burden for asking them to take care of Mom although I paid in excess of $5,000 per month for care.

Strike 3 was when Moms teeth began falling out. Upon going through her always locked supply cabinet, I discovered several full tubes of toothpaste and realized they weren’t having her brush her teeth which she would gladly do if given a toothbrush w/toothpaste. There were also dozens of “sponge sticks” in her cabinet. Upon contacting management regarding her teeth rotting & falling out, I was told that “brushing teeth doesn’t guarantee you won’t get cavities”. Now totally appalled, I knew I had to get her out of there but wasn’t sure how. She was one of the first 3 residents there, had been there over 2 years and things had become tense & crowded during that time. There was not room in the dining room for all residents and care had severely declined.

I gave 30 days notice on 8/1/19, hoping to move her to a new facility being built, however my own life was very busy and 30 days went by. On 8/28 I received a registered letter from Anthem Lake’s attorney notifying me they had a waiting list and telling me to sign & return the letter to cancel my notice to move. I didn’t sign it, received no other communication, other than 2 days later when I received an eviction notice, giving me 45 days to move my mom OR ELSE. I attempted to call the Exec Dir for further information ( as I had given several 30-days notices prior to being able to move into the newly- constructed Anthem Lakes without being evicted. Nobody returned my calls so I emailed, and included the owner in my request for info. The exec dir responded and said the eviction letter was self-explanatory and that residence was on a 30-day basis.

I began to press the new facility for a move-in date. It turns out that The nursing dept at Anthem Lakes told the new facility that Mom was combative and had behavioral issues, which was not true, but the new facility rejected Mom due to this. When I contacted the owner at Anthem Lakes regarding the rejection, they stated that they absolutely would not extend Moms residency. Luckily I had her on a waiting list at another facility and was able to move her.

I had never expected an ALF that claims to have a passion for the elderly would threaten to put someone’s loved one out on the curb or have the state come & get them because they had a waiting list.

Upon completing the move I began alerting others through public forums of the poor treatment received by Anthem Lakes management & owners. Immediately I was contacted by the facility owner, threatening me with legal action for defamation & slander. I informed him that I would no longer be intimidated by his threats and would tell my story in an effort to help others avoid the heartache I have endured by trusting Anthem Lakes with the care of my mother.