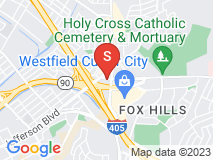 How did pricing compare

Kitchens for Less was recommended to us by my son. He had added an island to their kitchen after enlarging it. He had gone to both Lowe’s and Home Depot for quotes and was a little dismayed by the sticker price. He was pretty certain he could install the island himself as he is both handy and an engineer so he started looking around. He found Kitchens For Less after some Internet searches and sent them a request for a quote. Their quote was about 50% less than the Lowe’s quote. In full disclosure the Lowe’s quote did include installation. But for one island that was an excessive charge.
Anyway when my 85-year-old mother-in-law decided to enlarge her kitchen and add on an island I immediately went to my son and asked where they bought their island? He directed me to Kitchrns for Less and Victoria. I spent some time perusing their online specs catalog and picked out the perfect island for my mother-in-law with her input and requested a quote from Victoria. Six weeks later we received the beautiful island that my mother-in-law loves to death and I can’t say enough about the pricing and the quality and the customer service we received from Victoria and Kitchens For Less. I would recommend them to anyone. The only caveat would be that you have someone you trust to install your cabinets for you.