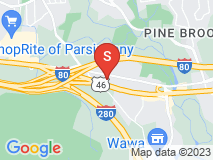 I was not very impressed with them.

This was my first time to use The Law Offices of James C. DeZao, P.A. My mother, who has since passed, recommended them to me. I had fallen down in a commercial establishment, and suffered injuries due to their negligence. The people at DeZao's were very nice and friendly with me, so there were no problems about that. However, toward the end of my lawsuit I felt like I was pulling teeth to get them to really represent me, and fight for me. One of their lawyers suggested that I settle for one amount, and I said, "No, try twice that amount." The company jumped at the higher amount, and as a result, I ended up with twice as much at least, as I would have gotten if I had listened to my lawyer. I do know that they have a lot of experience in these kind of cases, and I know that I don't, but I am not sure they were really doing what was best for me there at the end.