Sam's personnel service, all manufacturers and models of heating and air conditioning units. 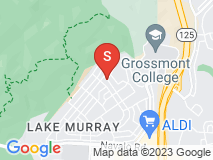 A neighbor referred me to Sam at Sam’s Heating and Air Conditioning, Inc. when my AC/Heating unit needed to be recharged. My neighbor had used Sam on two separate occasions for a new AC/Heating Unit, and to have another AC/Heating Unit recharged. He was satisfied with the service he received from Sam on both occasions.

From the moment Sam arrived to inspect my unit he was friendly, professional, and knowledgeable. He was able to determine where my unit was located even though it was not identified; he had the necessary parts on his truck, and quickly recharged the unit. The price for service was reasonable, and within the range Sam had earlier quoted. If you are looking for a company that is honest, reputable, and has reasonable pricing I can recommend Sam’s Heating and Air Conditioning, Inc. without hesitation.