Provide digital marketing strategy consulting and solutions to businesses to help them grow their business online and generate leads. 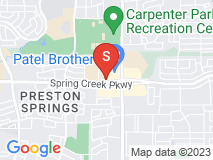 When we began our company almost five years ago, I had never heard of SEO, so our advertising coins went to newspaper, radio, and Facebook - none of it effective. We were not being found. Not only were people unfamiliar with our company, but also they were unfamiliar with our concept - rentable, reusable moving supplies for area moves. We had met Kalpana through the Plano Chamber of Commerce, liked her, and thought maybe she could help and turns out, she really has. We are now front page Google, and people who have no idea about us are now having the opportunity to learn about us and what we do. We are fans of Kriti Web Solutions. They know what to do, how to do it, and they do it. They have been a big part of our business's success, and we are most appreciative.