At PlumbPros Plumbing, we sustain our company on reliability, great communication, integrity, and quality work. Your satisfaction is guaranteed! 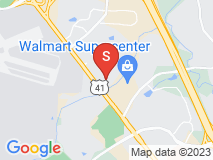 They Got The Job Done

I hired PlumbPros Plumbing to reroute my sewer line further away from the house. I am going to put in a pool and by my own choice had the sewer line moved. The only reason that I did not give them a five-star rating was that I felt like communication could have been better. It has rained here a lot and when it rains I didn't know if they would be out but instead of them calling me to let me know I had to call them and ask.

This job was supposed to take one day but ended up taking five days. The first run they did was to close to the house and I caught that and they were able to fix that the next day. Then they ran into a boulder and again had to change the move. It took three days to get the line pulled and two days to get it reconnected. We did have some rain during all of this which I understand not much can be accomplished at that time.

The job is complete and I am satisfied with the work that they did. The line is moved and I am now able to start planning for the pool. This is not my first time using PlumbPros Plumbing and if I need them again I would call them.