We will consistently deliver a work of excellence by using the skill and knowledge that comes with years of experience and by only using Premium quality products. 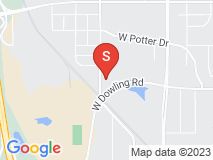 I had a few things done inside my car. But the problem was with the cleaning and shampooing of my car upholstery. My car is only 7 years old. My car went in without any rips in the seams of the seat/upholstery. The technician I left my car with and picked it up from said he didn't see the rip there when he looked at the video. However, when I received my car back after the internal detail, my seat was torn in the seam about 3 inches. The carpet in the rear cargo area had little holes that were NOT there when I pointed out the area to be cleaned to the technician. Whom ever vacuumed and shampooed the upholstery seemed to have pushed too hard and left marks in the rear cargo area and the rip in the seat/upholstery. When I talked to the manager "Daniel" he said it was not there responsibility and the seat was old and they couldn't do anything about it. If that were true, then The Purple Turtle should have notified me to let me know the upholstery in my car was too old to withstand their cleaning process before they cleaned it, the car is only 7 years old. They should have told me there was a chance the seams would rip if they believed them to be too old, so I could make the decision not to do the cleaning. OR, they being "professionals" should have been careful and went around what they said were "stressed areas". They refused to take responsibility for the damage they caused until I got really upset with "Daniel" (the manager). He then called the owner his brother Mr. Duke. That's when they decided they would call an auto upholsterer they knew to see if he could fix the rip. He fixed the rip. But it took me loosing my temper with them to correct a problem they were responsible for. I will never use The Purple Turtle Auto Detailing again because they are NOT "Best In Anchorage". Incident February 2019.