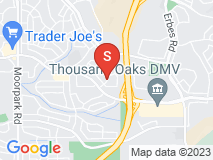 I Would Use Bob Loft The Tree Trimmer Again

This is my second time using Bob Loft The Tree Trimmer. For clarification, when Bob came out to give me an estimate on a tree that I wanted to be trimmed, he gave me an estimate for another tree. That's fine, but that is not what I asked of him. I felt as though his tone and approach was a bit pushy. I asked for one specific thing, and that's really all I wanted. The last time that he trimmed the same tree, my wife had asked him to get rid of the ivy off of the tree trunk. He told her she could get a ladder and remove it herself. When he came back this time, I insisted that he remove the ivy off the trunk of the tree. Well, the workers did scrape the ivy but did not clear it from the tree entirely, which means it will grow back. When he scheduled us to have this tree trimmed, he did so at 7:30 a.m. on a Saturday. My wife was concerned for the neighbors and it being so early. When we requested a different time, he hemmed and hawed and told me he already had us scheduled. He finally agreed to a Thursday at 8:30. The crew arrived at 8:00 a.m. Again, it was the same sort of attitude as the ivy, and I think he just wanted his way. When I received the bill, it included the dead palm tree and the tree that they trimmed. So I called them, and they were out of town and told me that they would take care of it when they got back to town. As it turns out they did bill me the correct amount which I verified with the credit card company, but they still had that estimate for the tree removal that I did not ask for. This is a very nice man, I just feel when communicating with him that I am talking to a car salesman. Don't get me wrong, he is a pleasant man, and they do beautiful work, but I think he needs to give me the chance to tell him what I want, and then we can negotiate from there. I will be having extensive work done in the backyard by the pool and patio. I would like to think that I can call him again, have him listen to what I want and give me an estimate for only the things that I want done because I do think he does beautiful work.