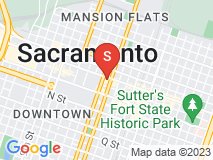 Crowell I would recommend to anyone

He's a true professional who doesn't take your money and run but dies his best to fight for you.
I hired him for my daughter who was sites for hit and run and driving without a licence. She his a guard rail didn't know the rules and lost her licence due to minor driving infractions like speed traps citrus heights were implementing after they changed the speed limit and sat there waiting, She couldn't pay the tickets. All about money not saftey.
I called his office and although he would have his hands full handled the case with care and resolved it fairly with a payment plan for the guard rail.
It could of been worse without a attourney like Crowell.
She's a new mother with her hands full and limited income as many today making her a easy target for money grabbers. She will be able to hopefully put these fines behind her and get on with her life.
Note citrus heights still putting up road blocks which can interfere with people getting home to children even to a doctor. These stops are unconstitutional and people may not know they have a right to refuse or not participate no matter what excuse they give like you could drive away which they block those roads.
I'm wondering at what point a class action law suit is made against them or a person died or suffered because they blocked the paramedics or someone needing medication for their want of money because some poor person didn't pay their fine or registration and they took their car. Now they can't get to work how is that going to help anything one less tax payer one more gov worker laid off. Smart move.