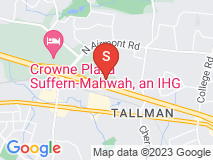 They Installed Our Pool

All in all, we were happy with it. The first person we dealt with wasn't so great. The process took longer than we were told. We were told the pool would be done around mid-May, but we couldnt really use it until July. I think we got a good price for the pool, but things could've been explained a bit better. There could've been more of a visual idea given to useabout what the pool was going to look like. The initial commuication wasn't that great, they didn't return calls or emails, before we even paid or signed a contract, so we almost didnt even use them at first. However, the second part of the experience was a lot better. The construction supervisor, Steve, was fantastic to deal with. There was a leakage issue that occurred and they were very good with dealing with that. Also, I like that their service doesn't end after the pool is done- they have a very good pool company that they passed onto us and they've been very good about following through with issues and keeping up their commitment after the pool was done. The pool looks great and we are happy with it, I think it was a good value.