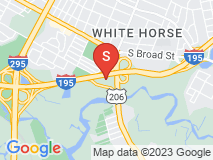 After years of thinking they had been doing a decent job I found out they had not even bothered.

I would not recommend Elite Air, Inc.
First of all, I have been a customer for over 3 years. However, this year I've had some significant problems with them. There were 3 maintenance agreement visits that they made to the house, meaning there should have been 1, but it took 3 visits and even after those, I had to bring another company for a forth visit to get my air conditioning working.
I was told by the technician that my AC was ready to run for the season and I found out when I started using it that my blower was only working on a low speed. I called them, they sent out out 2 techs together who had no clue what was going on. I asked them to check certain things that I thought were an issues and they did not and they were planning to do significant repairs in the coil which did not make sense. The reason why my blower was in low speed was before the switch was set to low speed and they were the only ones that would have touched that part of the unit. That's why it wasn't working. On their 3rd visit I asked to check those switches and they still did not do so.
After multiple visits, they told me everything was working and it wasn't.
They also replaced the part that was according to the manufacturer, still was in working order. So, it didn't make sense that they replaced it and on top of that, that part was under warranty but they didn't bother to check and charged me full price for that. The warranty part will be refunded but the labor was not and since this should not have been done, I shouldn't have to have paid for that.
Additionally, I found out that my condensing coil was dirty and they had never checked or noticed or cleaned it, even though they have been coming for years.
One more thing is that the initial technician had recommended replacement of a water seed vault and I was quoted an amount which was not consistent with the amount that I would have gotten with the maintenance agreement. I called the office to get that corrected, but I should not have had to do that. A plumber came later on and said that all I needed was tightening it, instead of replacing the whole piece.
I'm sad to say that after years of thinking they had been doing a decent job maintaining my system, I found out they had not even bothered.

Hi, Mr. P- We regret to see that after our attempts to satisfy you, you are still unhappy with our service. In regards to your preventative maintenance visit taking more than one trip, initially we came out twice because on your scheduled date the weather was not ideal to complete the service and we do not like to reschedule if we can help it. It was raining and cool that day which can result in inaccurate readings when it comes to refrigerant pressures which is crucial in the operation of your AC unit so we came back to ensure that everything would be working with your system and complete the visit your contract entitled you to. The part we recommended was a capacitor which had a low rating, indicating that while it was still operable, it was beginning to fail. The purpose of our preventative maintenance is to prevent breakdowns during severe weather. We recommended replacing this part because it most likely would have failed during the summer months, leaving you with no AC at all. You approved said repair and when you brought to our attention that this part was under warranty we promptly refunded you. There was no labor warranty on this equipment as we did not install it. In regards to your water feed valve, this again was a part showing signs of failure and tightening it may be temporary solution but we always believe in providing permanent solutions to any issues we find. We were called back out to your home because you said that you were still experiencing problems with 'switches' which is not something we ordinarily adjust on maintenance visits. You were unsatisfied with the technicians we sent to your home after they told you that there could be an issue with your coil. We did refund you for this visit because you were unhappy and offered to send out the original tech who performed the PM to recheck everything and make the situation right and you respectfully declined. We always strive to leave our customer's equipment running perfectly and make sure that our customers are comfortable and happy with their entire experience with us. We wish we could have had the chance to right any wrong you felt there was beyond just your refund.