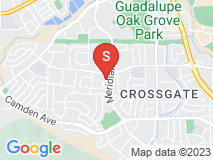 I was a bit skeptical at first

I don't normally do reviews, but I've made an exception in this case. Howard and I were part of a networking group with many business professionals. During the meetings,he would explain the benefits of his company and the service that he provided. Not being totally computer literate, I was skeptical. An attorney in the group decided to have Howard help him, and the results were phenomenal. The attorney received a lot of new clients and had much better web presence.

I decided to give Howard a try. We've only been working together for about a month or so, and I'm impressed with the progress so far. Not quite a FLOOD of new clients, like the attorney, but I have a much more competitive industry. This is going to be a long-term project for me....Thanks Howard!!