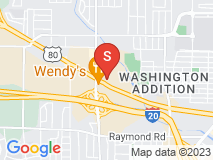 My 2013 VW Passat developed a slave cylinder leak with only 55K miles on it and the factory would not warrant any part that works along with the manual transmission. I called over five places before Mr. Transmission said, "Yes." They were prompt and qouted me within $43 of the actual cost. The only problems I had were a warning light telling me that my left daylight running lamp was not working even though I know that it was working when I took the car in and some screws to the air intake that were not put back in place after the repair. This is my second time using Mr. Transmission, the first time was to put a clutch in a Nissan Frontier that I bought new and put about 218,000 miles on it. I never had a problem out of that clutch again after Mr. Transmission.