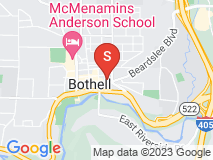 The gentlemen from SUNDANCE Energy Services Inc. who came out and did their work were just amazing! Adam Brown was the electrician, Cory Pollard and John McCurley were the installers for the new furnace and air conditioning unit, and Doug Owings was the consultant. These guys were knowledgeable, friendly, and they always kept me in the loop about everything that was going on. They ran into an issue that, although it didn't have anything to do with them, as it was a plumbing issue, they were able to fix and take care of. It happened while they were here, and if it wasn't dealt with, it would've been an issue later on. They also cleaned up after themselves, which I enjoyed, as some contractors tend to leave a mess. Sundance previously installed my other heater, and although I wasn't happy about that, it was twenty-five years ago. The current people working there are top-notch! They are easy to have here and they're fantastic! I've worked with a lot of contractors and these guys are at the top of the list. From one to five stars, I'd give them a ten, and would definitely use them again.

We appreciate you taking the time to write a fantastic review! Thank you very much for your business.