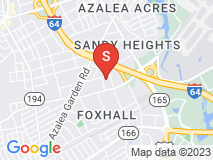 It took a while to set up the job but once it was, the work went along quickly.

Homefix Custom Remodeling Norfolk recently put a new roof on my home. I had never used them before but I thought that the work turned out good. The technicians were very hard-working. It took them a while to get the job set up. Once they began actually doing the work then it went along quickly. I thought that the cost of the roof was fair. However, I felt that communication was poor because no one spoke English. I would probably recommend them and use them again.