If you've been searching for a plumbing company you can trust, call (317) 565-4777 and connect with your new go-to plumbing team in Westfield, IN. Call us today! 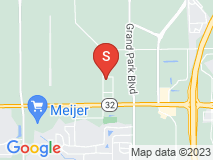 POOR job, they no longer seem to repair or care

Flapper was not always seating properly on toilet. Called Isley.

They came, put in new flapper and decided to also replace fill valve. Guy wasn't happy that fill valve replacement did not speed the refill time.

Suddenly decides the entire toilet must be replaced.

Asked for second opinion. He sent photo to fellow plumber....oh yes too old, entire toilet must be replaced.

So they charged to "fix" the toilet, but instead left a toilet that now has a CONSTANTLY leaking flapper so it refills all the time.

Upon calling them to say this is NOT RIGHT, am told it probably was doing that before. NO IT WAS NOT!!!!!!!!!!!

Did they come and try a different flapper? NO. There are scads of flappers out there and obviously this toilet had been, fitted BY THEM, previously with flappers that worked.

How can they feel ok leaving a customer with a problem that did not exist before they came????

IF sending a photo of the toilet was capable of determining it MUST GO, then why would that not have been clear before the flapper and fill valve replacements were done?

There are no moving parts in the molded toilet, it is only a matter of using replacements parts that SEAT correctly. The new flapper fits worse than the one they removed.

Bottom line is, Isley no longer cares. They want a quick in and out.

Several years ago, they replaced a fill valve for a relative. They decided to put on a new flapper too. Flapper did not seal, fill valve made it double flush. They returned, tried a different brand of flapper. It still leaked, still refilled and still double flushed. They tried to say the part of the tank which is ONLY a hole...has ZERO moving parts, had gone bad and a new toilet was needed.

After further complaint, they sent their toilet expert, who gets many people's old and historic toilets to keep working all over town. HE was capable of putting on a third version of flapper, TESTED it with dye to be SURE it sealed. Added a part to the tube running to the new fill valve which solved the double flushing. Has worked fine for years.

So they USED to fix things, now they apparently only try once and then lie to you. Very sad.