Atlas Plumbing Company is here when you need us. Our friendly and knowledgeable staff is ready to take care of any plumbing problems you may have. Call us today! 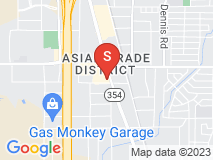 Everything Turned Out Fine

I used Atlas Plumbing Co last month to have my hot water heater replaced, and everything turned out fine. The first technician who initially showed up to install it must not have done it correctly, since when he sent a picture of the installed water heater to the city's inspection office, they marked it with red and did not pass. They sent another technician to come out and fix whatever issues were stopping the install from being up to code. He thought it was okay, but it failed to pass again when they sent another picture. I'm not sure if it was partly because it's an older house, but on the third try, Atlas sent out two techs, adjusted and fixed what they needed to, and it finally passed! Even though it took three tries to get the install to pass the city inspection, the guys at Atlas Plumbing always responded and always came out without complaint. They worked hard to get the install correct and up to code. I attribute it to the company recently being bought out and getting it going again. They didn't charge me extra, they responded quickly, and got it done. It was just poor circumstance.