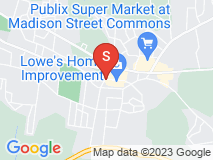 Technician explained system to me and saved me a lot of cash. Recommended my friends use the service. Read More

My HVAC unit was holding water was several days unbeknownst to me because it resides in through attic. Because of this my ceiling below the unit form a small leak and this led me to call one hour heating and air after normal duty hours. They had no problem getting... Read More

Robert was on time and got right to work. Was organized and thorough doing the job. Explained all questions and made sure I had no more questions. Thanks for a job well done. Read More

Great service. Cody came by as quick as he could. Got it fixed quickly. I appreciated it so much. Read More

Top notch service, Had new heat pump and AC replaced. Great service techs who re-routed my outdoor electrical box. I always have them do work on my water, or AC. Great company to work with! Read More

Great service from everyone. Thank you and will definitely use your company again. Read More

A TRULY SATISFIED CUSTOMER! NO BS!

This is our second time needing heat/air service. After having called One hour in January for heat and being more then completely satisfied with Alex and his quick response...we knew there was no question when the AC stopped working. Right on schedule One Hour was... Read More

5 star on my last visit but the 3 stars are for total service. This visit tech immediately figured out the issue and told me the reason why which was directly contrary to what the previous tech said. The previous tech said that their was no way the dripping urinal... Read More

He did a great job

Very professional at taking care of our needs. Read More

Justin S. Came to my house and was courteous, professional, and very informing. He answered any questions I had on getting a new HVAC system. The installers that came to my house were good. They installed my new unit but had a hiccup or two. They almost dropped the... Read More

We were charged the same even though MC was used instead of conduit which was priced to us on the initial visit. We did know the switch was going to happen, but did not know the price would remain the same seeing that MC is less costly. Also, the MC has a couple kinks and does not lay against the wall very well in places and we're not sure it is secured as it should be. The young man was very pleasant to deal with and he cleaned up well after he finished

He told me he was short a faceplate. I assumed he meant to get one and put it in. Later he called to tell us that his supervisor might be by to check his work and I mentioned the faceplate and he said if I thought it was necessary, he'd get one and put it on. I... Read More

request was met in a timely and orderly manner

poor I was told my air conditioner was beyond repair and needed a new one, in fact it was repaired by a honest company.

you people try to rip off older Americans and widows, shame on you. Read More

I have always had every confidence in the technicians from One Hour Heating and Air. I don't feel pressured in any way. I would recommend them to anyone. Read More

Our technician, Jordan far exceeded our expectations. He was punctual, courteous and very professional. He is very well educated in his trade and was able to meet our request without issues or delays. Will definitely use and refer this company in the future. Read More

Technician and service are always great

I haven’t ever had a bad experience with any of One Hour’s technicians. Always polite and knowledgeable in their profession. Read More

excellent service and so polite and friendly

I was very pleased at how pleasant everyone from your company is, both on the phone and in person. Very happy with the company and employees. Read More