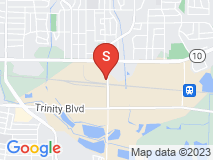 Knowing Jerry & Terry since small boys & their sister Tammy & their Wonderful Parents Ross & Louise we knew they would do a Good Job. We had a crisis at r house that we don't live n but we were called about a leak n garage. After several hours that a plumber didn't show that was called before we knew anything about it that's when i stepped n & called Jerry & he got right on it & it all got taken of & A Great Job & yes We Highly Recommend Tioga Plumbing.