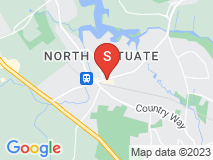 We cannot say enough about the company and would definitely have them out again!

Paul Revere Revolutionary Service has done service for us twice now. We liked them so much the first time we had used them that we decided to have them back again. We had a couple of issues going on most recently. Two technicians were sent out to work on a sink that was giving us some problems. There was also a shower in a different bathroom that was also acting up. The work turned out exactly how we wanted it to. The technicians were both very pleasant and did the work quickly and efficiently. We would be happy to do business with Paul Revere Revolutionary Service again and have both of the same technicians out again. We cannot say enough about them and highly recommend them to others.